Since we’re new to camping, we’re trying out the many ways to do it. One popular way to camp is to boondock—to camp without utilities, fully self-contained. Before arriving in Temecula we got caught in a major winter storm that closed the roads between Death Valley and Joshua Tree. So, we boondocked…in the parking lot of Peggy Sue’s Diner and Dinersaur Park just outside of Barstow.

Along with other stranded RVers and truckers we slept in the parking lot and ate in the diner until the roads cleared. Steve enjoyed the Chicken Fried Steak! 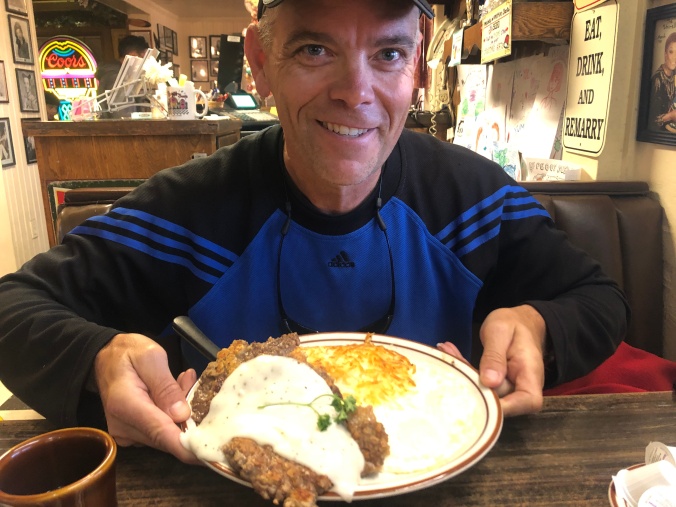 Then, instead of heading to Joshua Tree National Park which was snowed in, we headed to Temecula early. Luckily the Vail Lake/Temecula KOA could accommodate us and we settled in for a six night stay.

The tree-filled property had everything a KOA promises: mini golf, swimming pool, and tons of fun activities for kids. We arrived right after Christmas and it seemed the place was filled with kids and their new bikes. It was fun to see all the families having such a great time.

We enjoyed the adjacent mountain bike trails on several days. It was good to get out and try new terrain, and the smooth tracks were a welcome change from Prescott’s rocky trails.

Temecula is also known for its great wine so we hit a few wineries too. 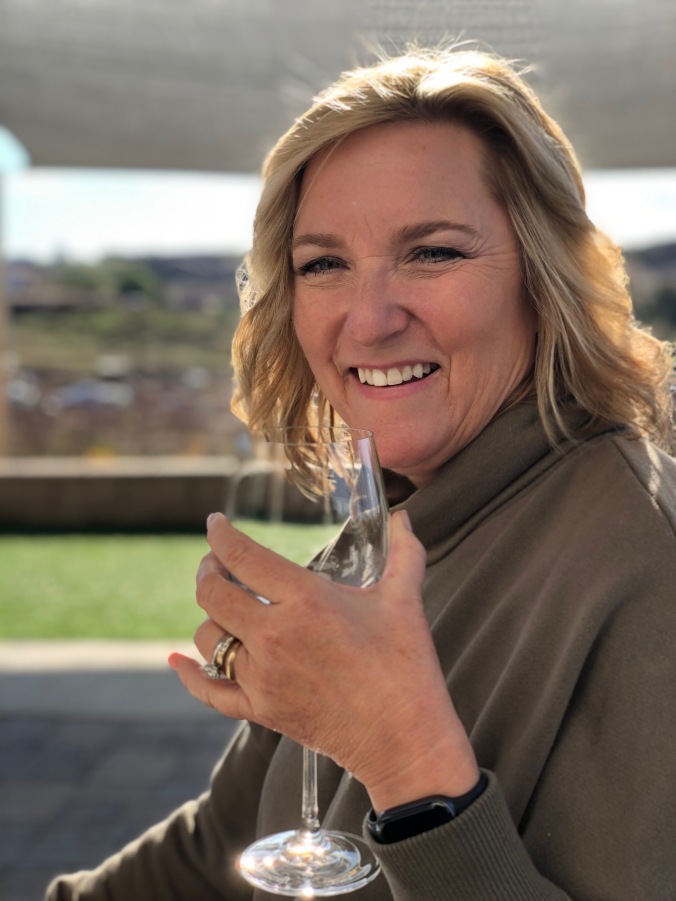 Somerset Vineyard and Winery, Fazeli Cellars, and Akash Winery were all good choices. Mia even did her first winery tour. 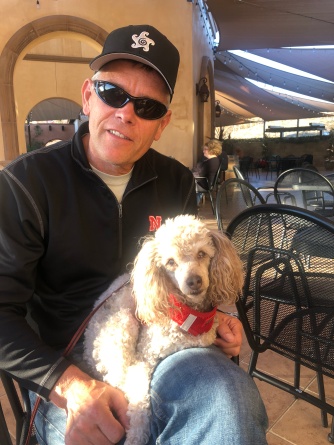 Oh, and we went indoor skydiving! Steve had bought a gift certificate for me awhile back so we cashed it in and flew. 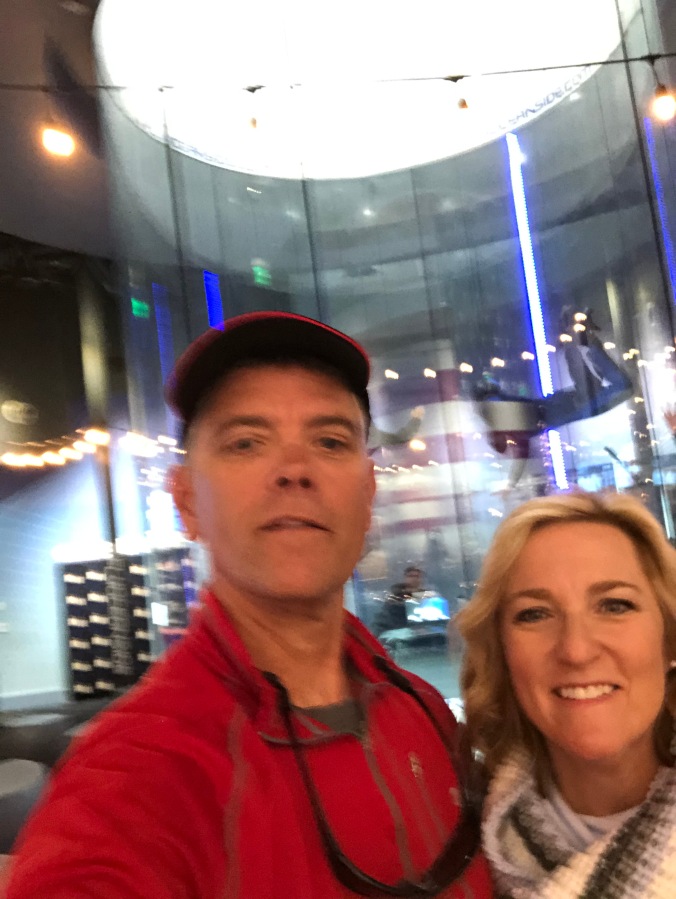 The ifly facility was in Oceanside so we hit the beach and pier while we were in the vicinity  It was a cool, overcast day though, so we just ate lunch, took pictures, and moved on. 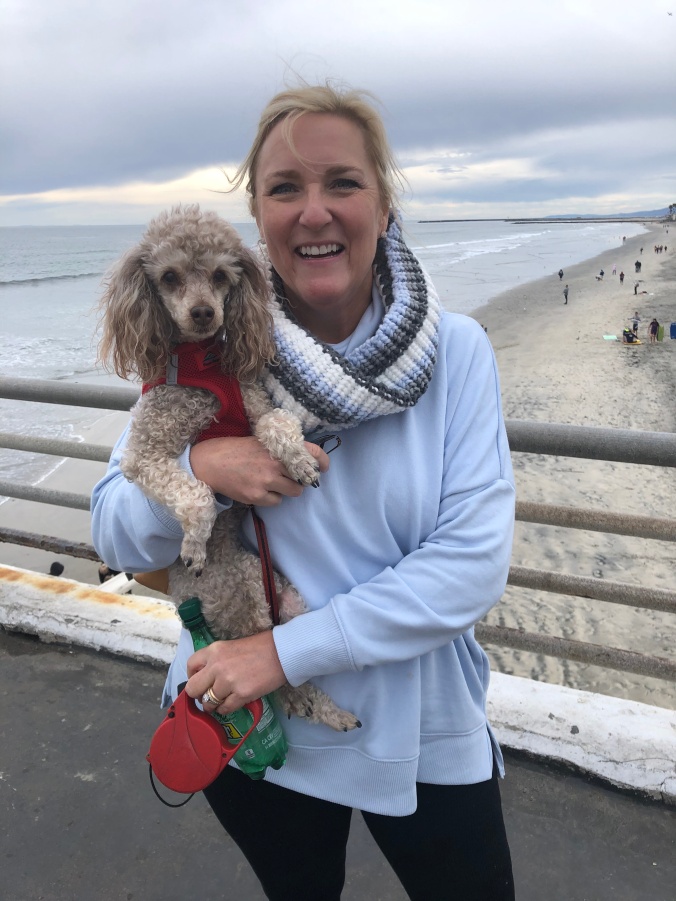 All in all our time in Temecula was relaxing and a good chance to enjoy our new “home” in relatively warmer weather. And yes, there are more KOAs in our future!! 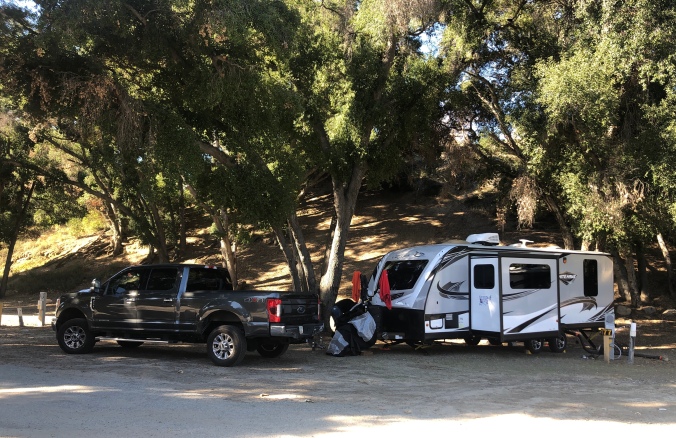