We made our way north from South Padre Island into the beautiful Texas Hill Country.  Our first night was spent at a park, Blanco (pronounced Blank-O) State Park.  We had a beautiful view of the river and were within walking distance of the quaint town.

Of course, BBQ was on the menu and we enjoyed our meal at Old 300 BBQ. 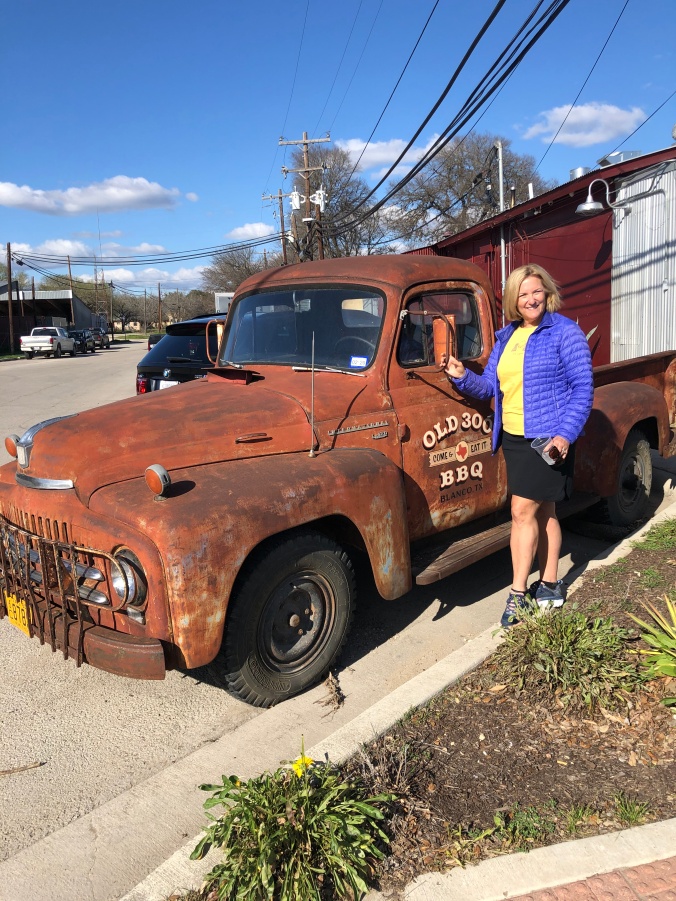 However, our time in Blanco was short as we were headed for our week-long stay in Kerrville, about an hour and a half to the west. We made By the River Campground our base as we explored the various towns in the Hill Country.  Our waterfront site gave us a shoreline view of the Guadalupe River and its beautiful Bald Cypress trees.

People come from all around to watch birds and catalog their sightings at this campground.  We were most excited about the many turtles that hung out right below our back window.

Kerrville was a great base from which to explore this area.  On our first day we visited the Lyndon B. Johnson State Park and National Historic Park.  We learned about the legacy of LBJ by viewing his birthplace, home, ranch, and final resting place. 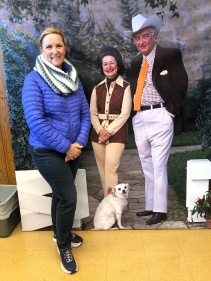 It was fun to see the “Texas White House” where LBJ hosted world leaders during his presidency and conducted our nation’s business at the time Steve and I were born.

On display at the ranch is LBJ’s smaller jet, dubbed Air Force 1 1/2. The big jets were too big for the ranch’s airstrip so LBJ and his visitors used smaller planes to get to the ranch. The airstrip still dominates the pastures behind the ranch house. 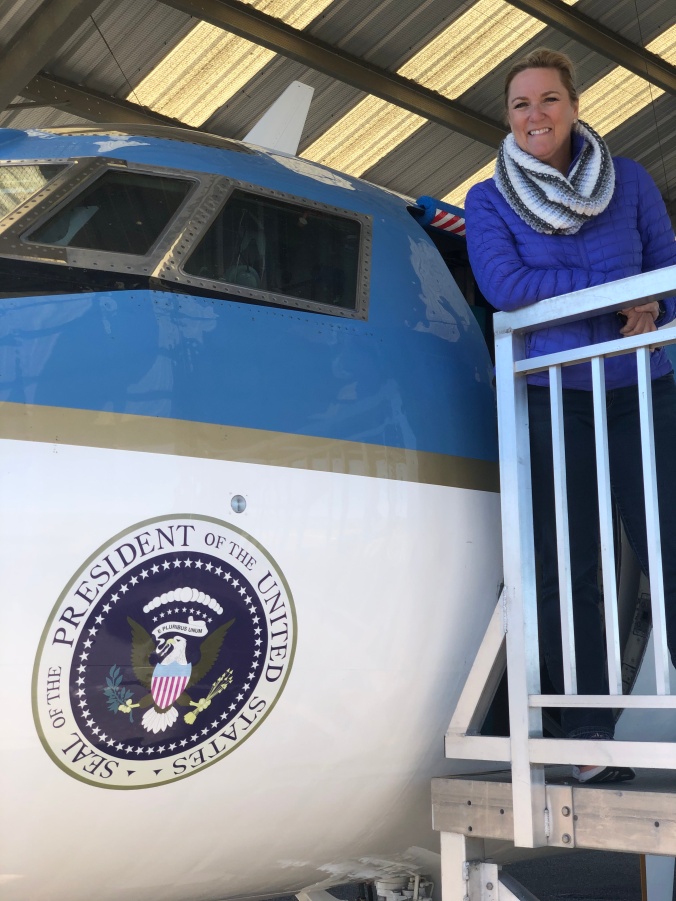 The LBJ Ranch is still a working cattle ranch and is home to cattle which traces its lineage to the champions that LBJ bred.  Walking through the show barn and seeing the LBJ-branded cattle made it all the more fun. These cows have it made! 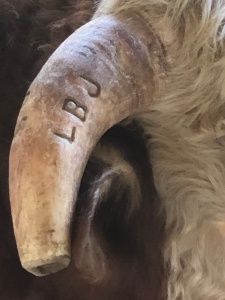 On another day we headed to Enchanted Rock State Natural Area and climbed to the summit of the legendary outcropping. It was just over a mile roundtrip and about a 400 foot elevation gain.

It was my first attempt at real physical activity since coming out of my boot.  I was determined to get to the top and was successful.

However, it wasn’t without some lingering pain afterwards. We’ll head back to the doctor when we return to Arizona next month. Luckily I can still enjoy a good picnic, even if my feet hurt! 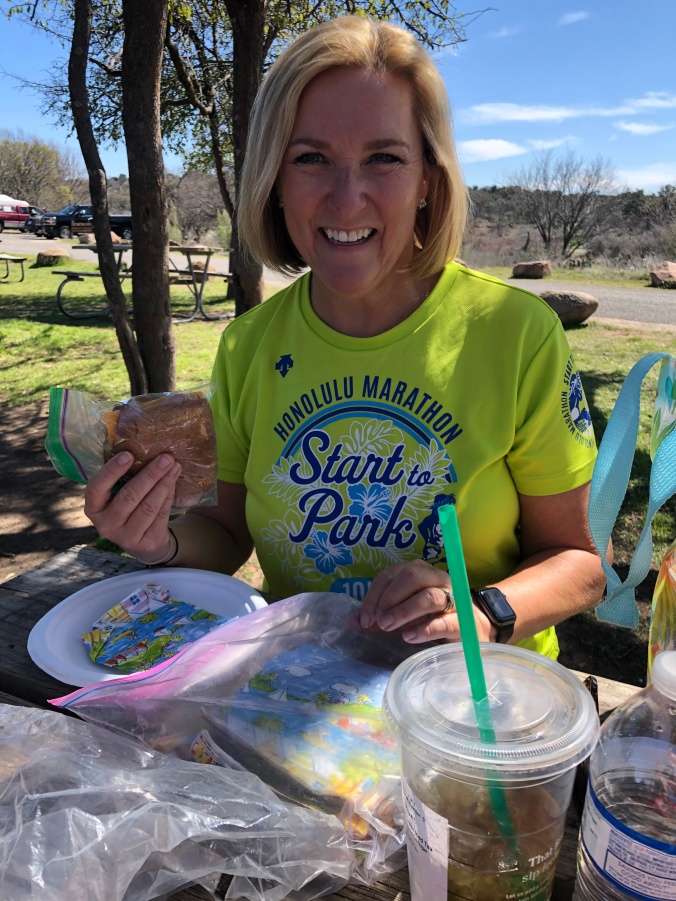 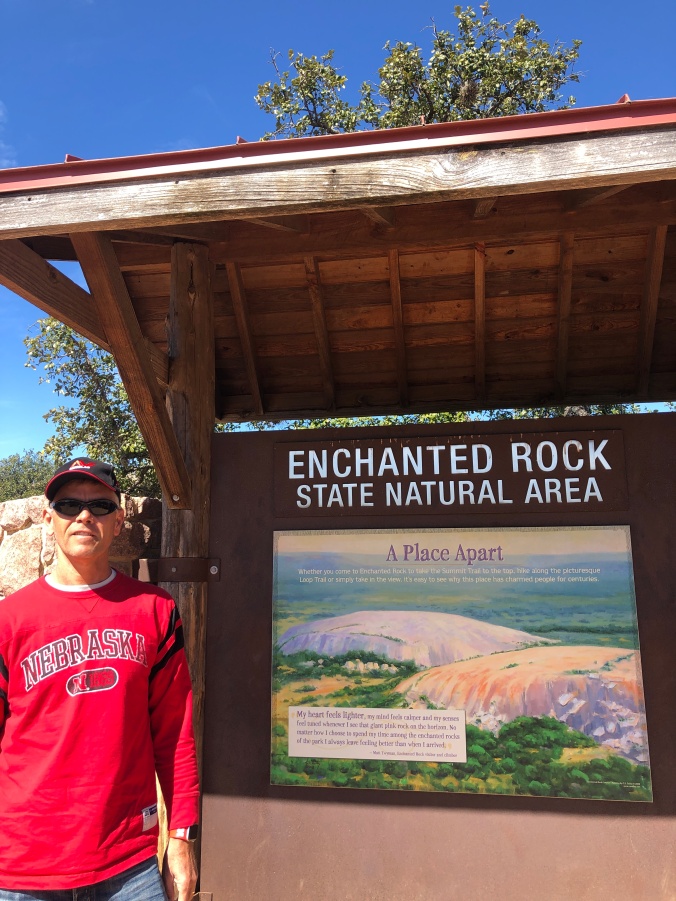 After our hike we did some exploring of the very cute town of Fredericksburg and did some shopping.  Both Steve and Mia were patient while I “poked my head into” most of the shops along Main Street.  Maybe it was the free LoneStar beer that was handed out at several of the shops that made it tolerable for Steve!

From Fredericksburg we couldn’t pass up a stop in Luckenbach.  Yes, Luckenbach, Texas from the song where Willie Nelson is known to have spent a lot of time. We didn’t see Willie but we did listen to a few of the local pickers and enjoyed a Lone Star. 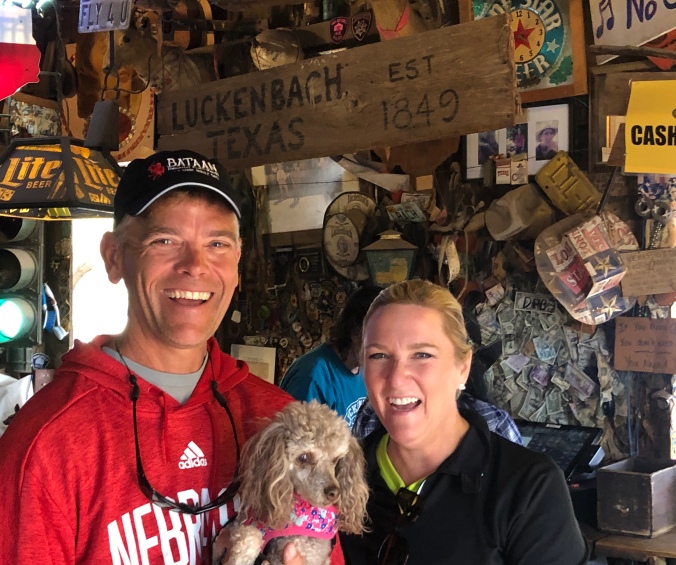 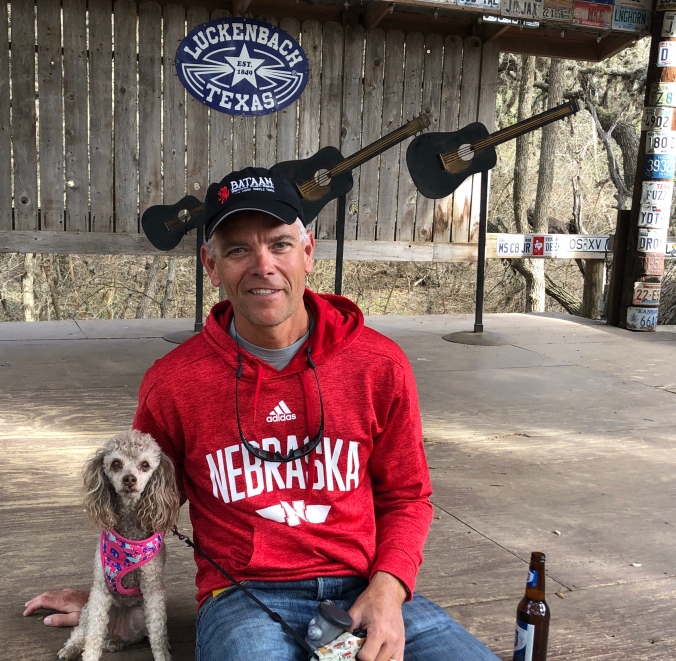 We even had our picture taken at the kissing booth, with Mia as the focus of our shared affection. 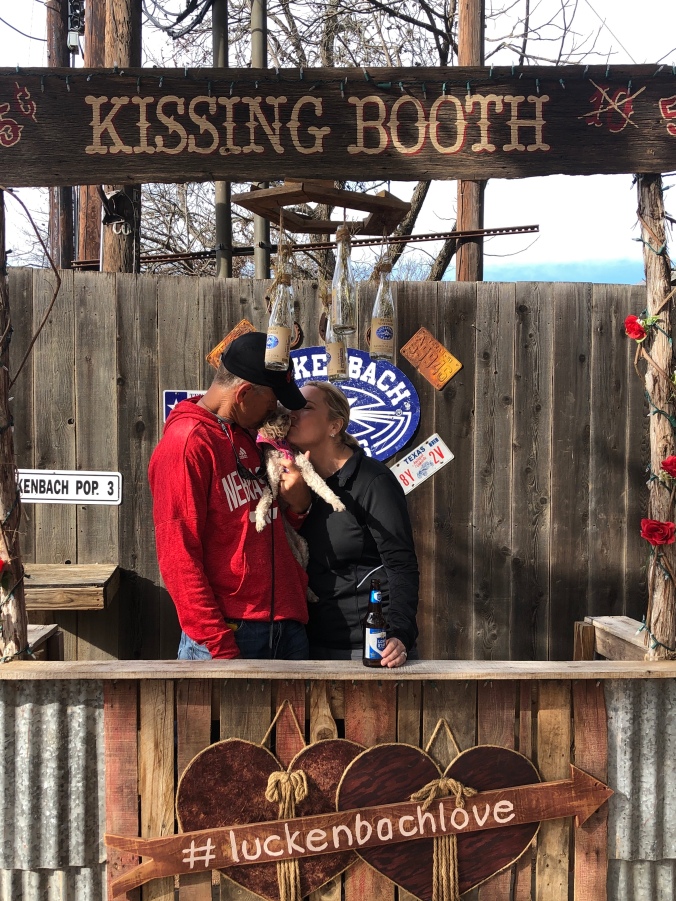 Traveling with her continues to be a lot of fun.  She doesn’t like to be left in the trailer and makes a lot of noise if we do.  However, she loves to ride in the truck in her crate, and she’ll wait for us patiently if we leave her in there.  So far the weather has been cool enough so she’s been able to come along.  We are hoping that continues and she is too.

While in the Hill Country we also visited other cute towns including Bandera, Boerne, Medina, and Comfort.  Between the towns are humongous ranches, many with strange animals in the pastures.  It seems that exotic animals are a popular collector’s item for rich Texas ranchers. Anyone know what these are?

We saw deer, antelope, llamas, bison, and other creatures we couldn’t identify. Of course, many of the ranches also have classic Texas Longhorns on the premises.

When we weren’t out driving the back roads of the Hill Country, Steve continued to run as he’s preparing for next week’s Run the Alamo Marathon. I joined him on one day on the bike while we explored the Kerrville River Trail.

We also spent a a few hours on Kerrville’s local mountain biking trails. While we didn’t do any wine or craft beer tasting while here, we expect that will change once we hit our next stop, New Braunfels. Stay tuned!