Today we rented bikes and headed to the Dutch countryside. Altogether we biked about 28 miles along the dikes and through the farmland. Our bikes were a little more “advanced” than the ones from the other day and that was a good thing. 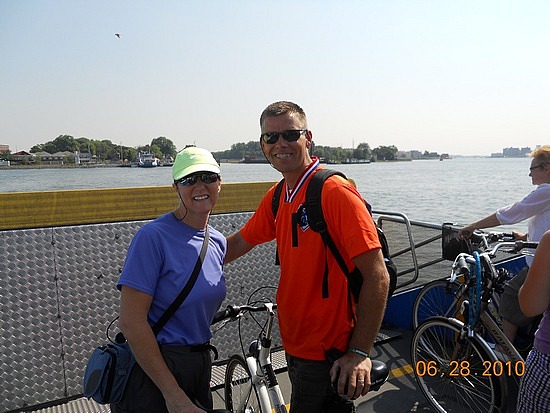 We took a ferry across to Amsterdam North and then biked to Marken and Volendam, which are both old fishing villages and now big tourist traps. In Volendam we dodged big tour buses and felt good that we were on two wheels rather than eight or ten. We burned enough calories to earn our beer tonight. On the way we saw windmills, cows, sheep, hay fields, and lots of water. This is a really beautiful country.

We made it back just in time to get a prime seat at a bar in Amsterdam to watch the Netherlands kick the butts of the Slovakians in the World Cup. We are not football experts but it’s easy to get caught up in the excitement. 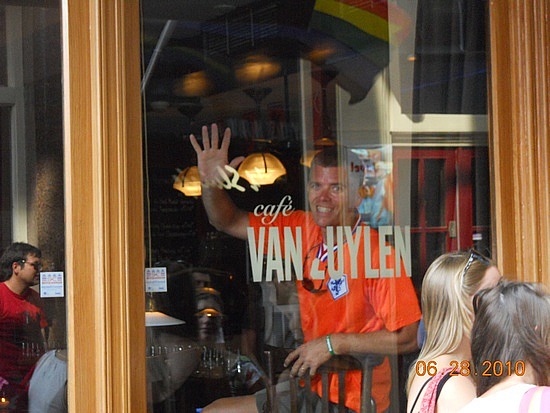 Steve’s seat for the World Cup

Steve even wore a new bright orange shirt that led everyone to believe that we were Dutch. He fit right in today! Netherlands won 2-1 but it should have been 2-0. Since the USA and Mexico are both out of the tournament, we have a new “home” team.

Tomorrow we head south to Belgium and the medieval city of Brugge.