We’ve cruised the Panama Canal twice before, and both times we did a full transit. That means we went in one side and out the other. This time our itinerary included a partial transit which means we went in part way and then turned around and came back the same way we entered.

We didn’t realize it when we booked this trip, but the partial transit has a lot of advantages. We spent more time in the canal, saw the highlights from two directions, and didn’t have to fly across the country to get home. 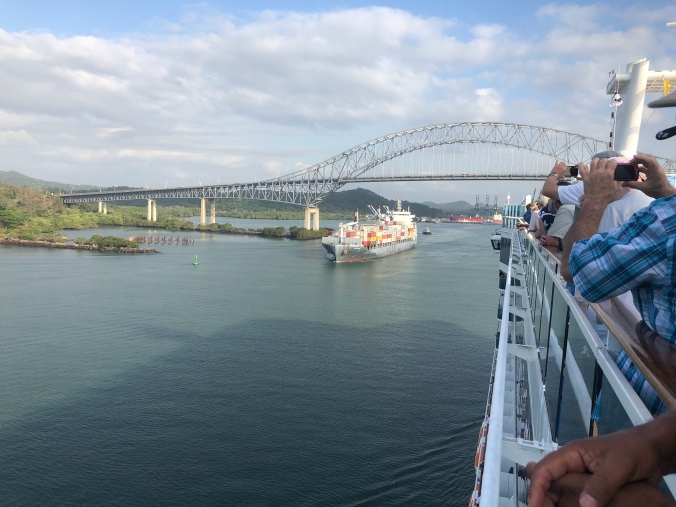 Our canal passage began by crossing under the Bridge of the Americas, at one time the Pan American highway’s connection across the water and the official entrance to the canal. It was at this point we could see the Country Inn & Suites, the hotel we stayed in a few years ago.

During the transit a narrator provides commentary about the canal’s history and operation so you know what you are seeing. Whether on deck or in your cabin you can listen throughout the day-long transit. 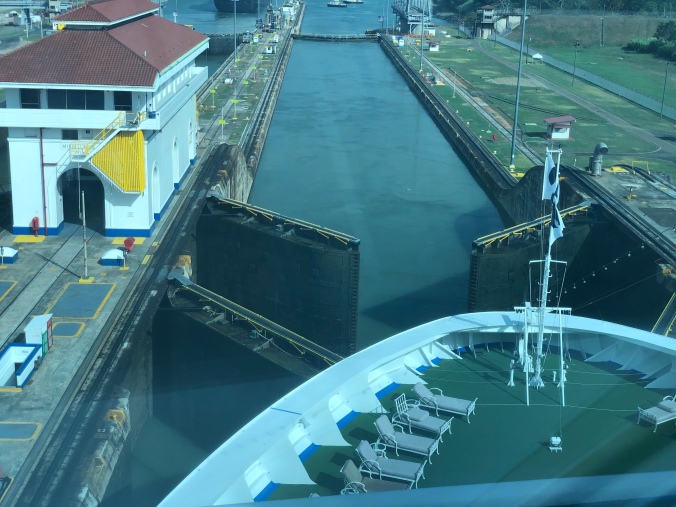 Passing through the Miraflores and Pedro Miguel locks, the Culebra Cut, and into Gatun Lake, we enjoyed the day by wandering the ship and taking in the sites from all angles. 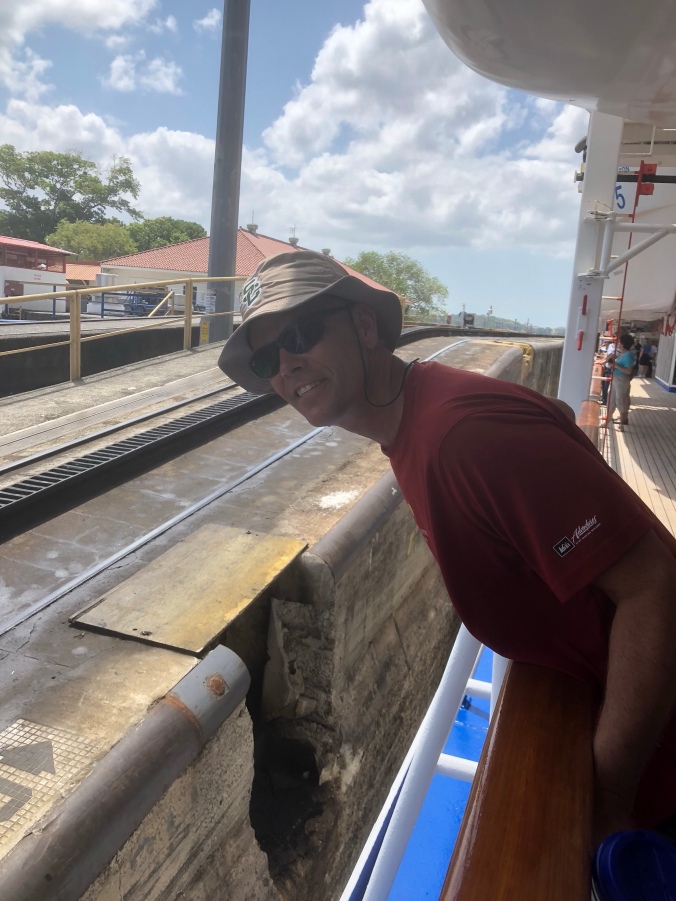 We saw cargo ship of all sizes transporting everything from oil to cars and even yachts. Did you know there are crocodiles in the Panama Canal? Yep, we saw them!

After reaching Gatun Lake, which is more than halfway through the Canal, we pulled out of the shipping channel and dropped anchor. While spending the night in the canal we were able to watch even more ships pass by, on their way to ports across the globe.

The following day we did it all again in the opposite direction. And, like when you’re hiking, it looked different from the other way. On our way back out to the Pacific Ocean we continued to be awed by the enormity of the canal project and the impact it has had on world commerce. 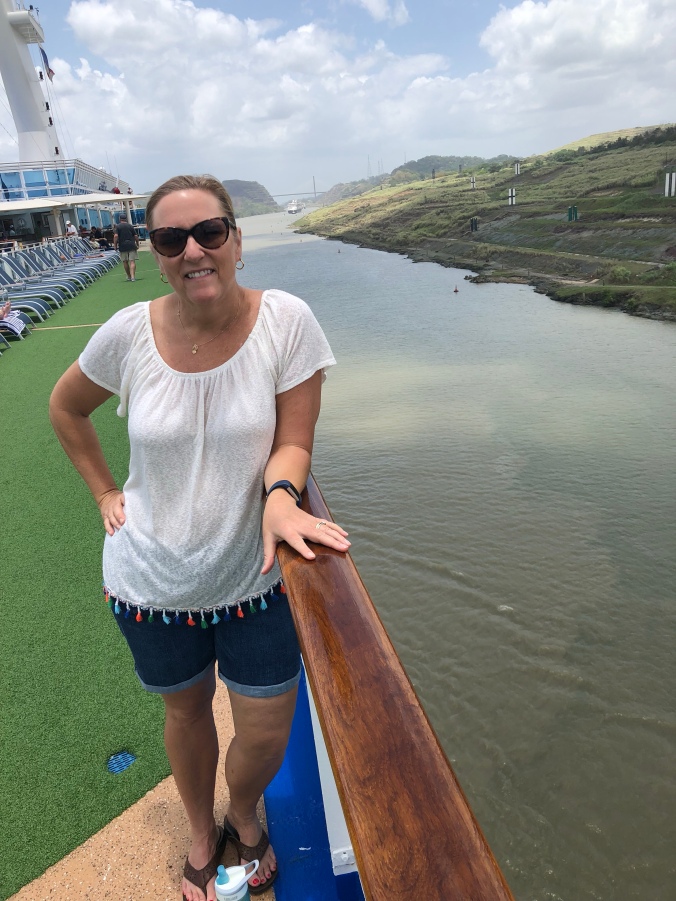 One fascinating thing we observed on the second day was the transit of two small boats. Normally the daytime is reserved for big ships, and the small ones pass at night when the traffic slows and the prices drop. For some reason two sailboats we’re using the locks at the same time as we were. It was fun to watch them maneuver the locks in contrast to how the big ships do it. To say they were dwarfed in comparison to our ship is an understatement.

Our second day cruising the Panama Canal finished by anchoring off the coast of Panama City, where the night was spent off loading trash and refueling for the remainder of our journey. 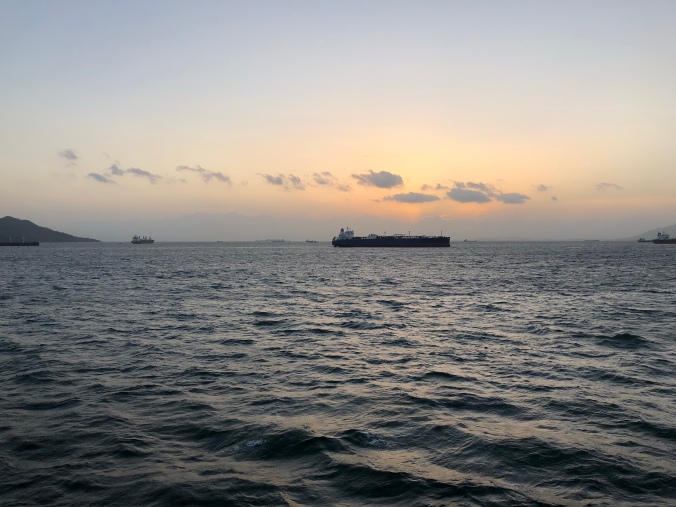 Now we are headed towards home, with stops in Costa Rica, Nicaragua, and Manzanillo, Mexico. More adventures are planned, so stay tuned.

One thought on “Panama Canal x2”