When we first arrived to the islands, now over two weeks ago, it was difficult not to be overwhelmed by the destruction that still defines the island. 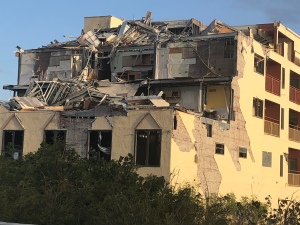 On the morning of September 6, 2017, Hurricane Irma’s center crossed the island when the storm was at its peak. She swept away entire structures, ripped trees out of the ground, and sent vehicles and debris scattered across the area.

Irma killed four people and injured 50 just on the French side of St. Martin. Other islands and the U.S. saw loss of life as well. On the French side, where we are staying, as many as 95% of the buildings sustained damage and up to 60% were considered totally uninhabitable. 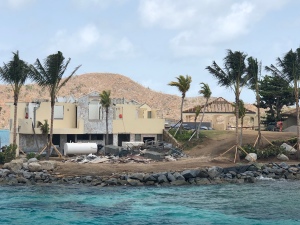 Then, two weeks later, Hurricane Maria hit the area, compounding the damage. To say St. Martin, the BVI, and surrounding islands have been to hell and back is an understatement. 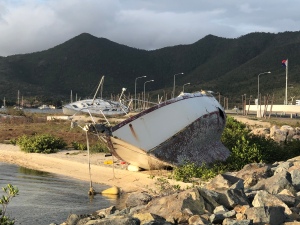 Nine months later, the impacts of the storms are still very evident. And, we must admit, it’s easy to get sucked in and focus only on the scattered debris and missing roofs.

Yet, every day we see the beauty which has drawn people to St. Martin for so long. 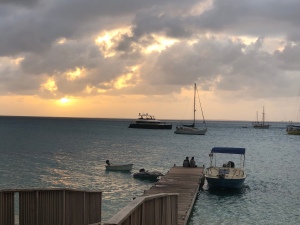 The water is warm and turquoise blue. The beaches and supporting beach bars have come back to life. 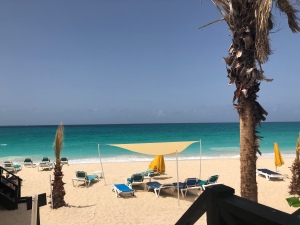 Everywhere you look there are workers on the roofs and painters refreshing exteriors.

New restaurants and shops seem to be opening everyday. Even the gym we go to each day, Gymfit, is building and improving. 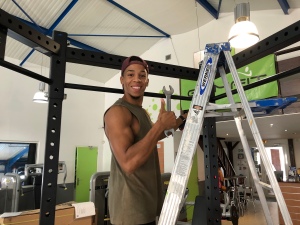 And the best part is the people who just keep going. Despite great loss, the locals we’ve met are hopeful, future-focused, and positive. Almost daily we are thanked for coming to St. Martin and contributing to its rebirth.

We booked this trip two weeks before Irma hit the island. For a moment we thought about canceling. We’re glad we didn’t. You can’t help be inspired by the spirit and resiliency of the people who call the islands home.

One thought on “Resilience in St. Martin and the BVI”