We’ve begun our Greek odyssey after a long, multi-day journey. We left Prescott on Saturday and drove to Los Angeles where we spent the night. The next day we flew from LAX to London and then on to Athens. We finally arrived into this ancient city on Monday evening.

Ultimately we are here for the Authentic Athens Marathon which will be held this coming Sunday. Until then, we are exploring the city.

Today we wandered the ancient part of the city, called the Plaka. Eventually we met up with Ana, our guide for the Athens Gourmet Food Tour.

Ana led us through the less-touristed parts of Athens, to local coffee shops, food purveyors, and the fresh markets. 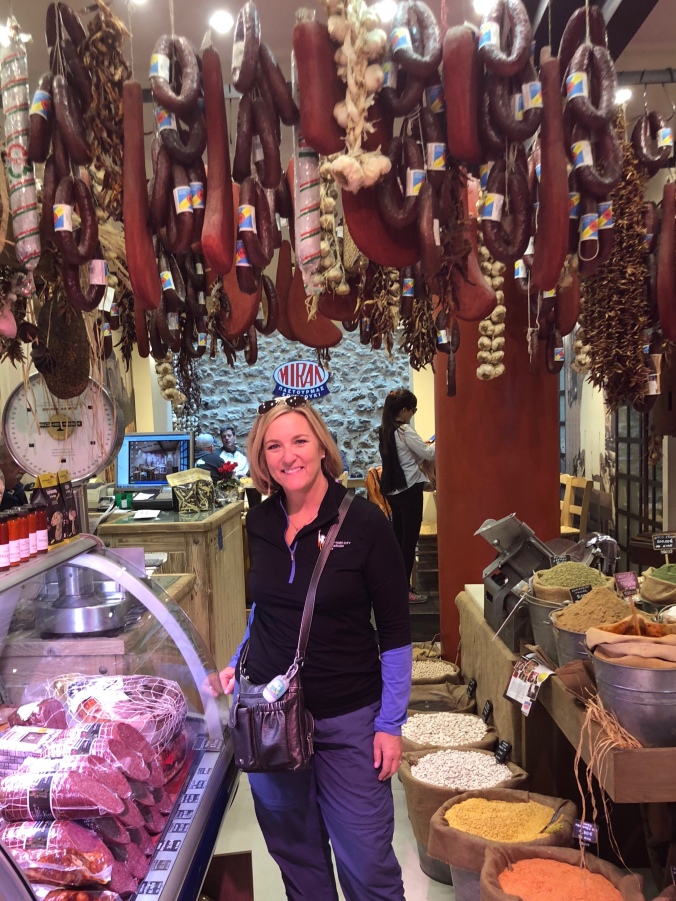 Our tour with Ana was a great introduction to the city.

After a brief rest we headed back out for another walk to see the 1898 Olympic stadium, where this weekend’s marathon will finish.

In all we walked over 21,000 steps and covered over ten miles on foot today. And we haven’t yet been to the Acropolis.