We are taking part in the four-day extension tour offered by Marathon Tours, which will introduce us to the highlights of mainland Greece. 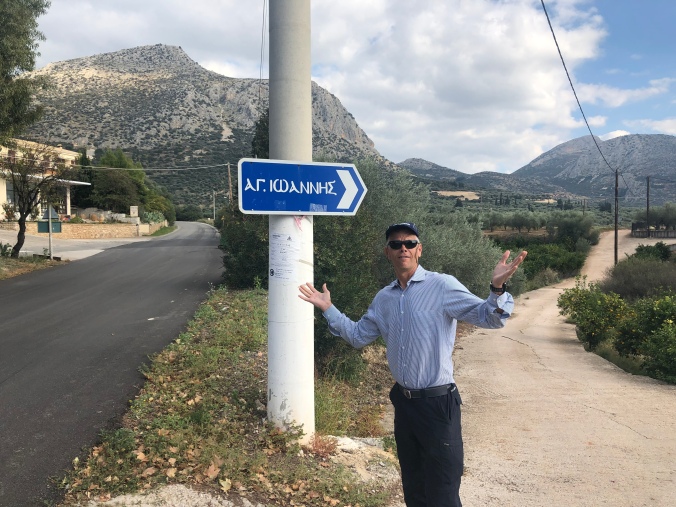 While we’d love to spend time in the islands, we’re going to save that for a trip when we can visit in summer.

After leaving Athens with our bus filled with marathoners, we travelled west over the Corinth Canal and into the Peloponnese. 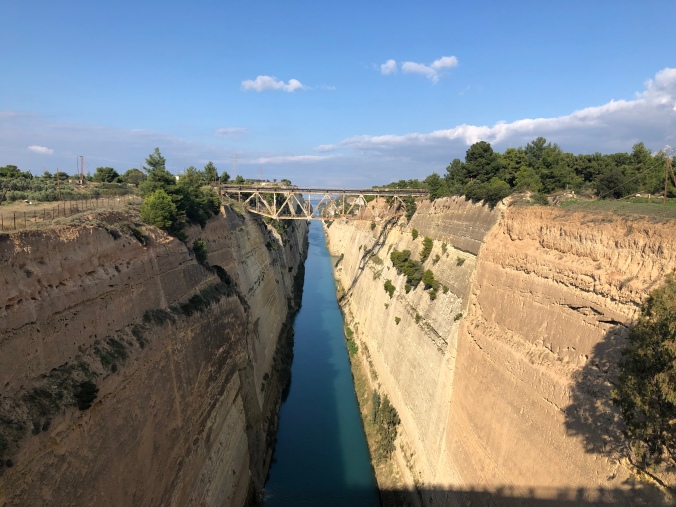 The Corinth Canal is a four mile long, approximately 75 foot cut in the earth which allows ships to move from the Aegean Sea to the Ionian Sea more quickly than sailing around the peninsula. 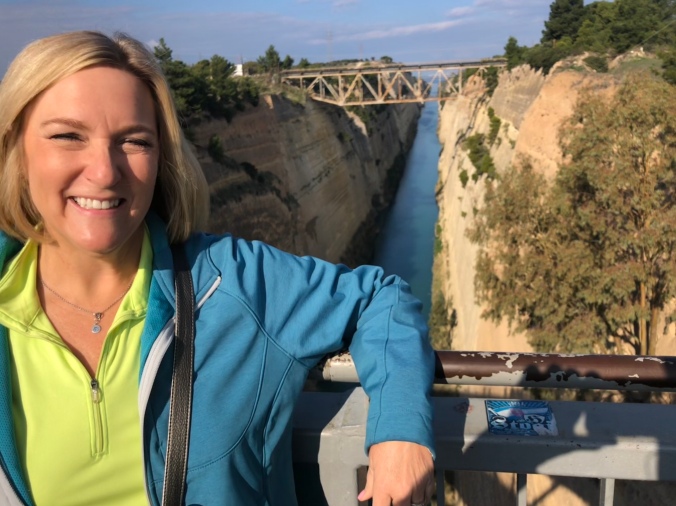 It was originally conceived by Nero in AD 67 but not completed until 1893. It’s a quick photo stop on the way to other more fascinating places.

Next we stopped at the incredible Theater of Epidaurus. Built in the 4th century BC as a healing center, the theater is one of the best preserved sites in Greece. 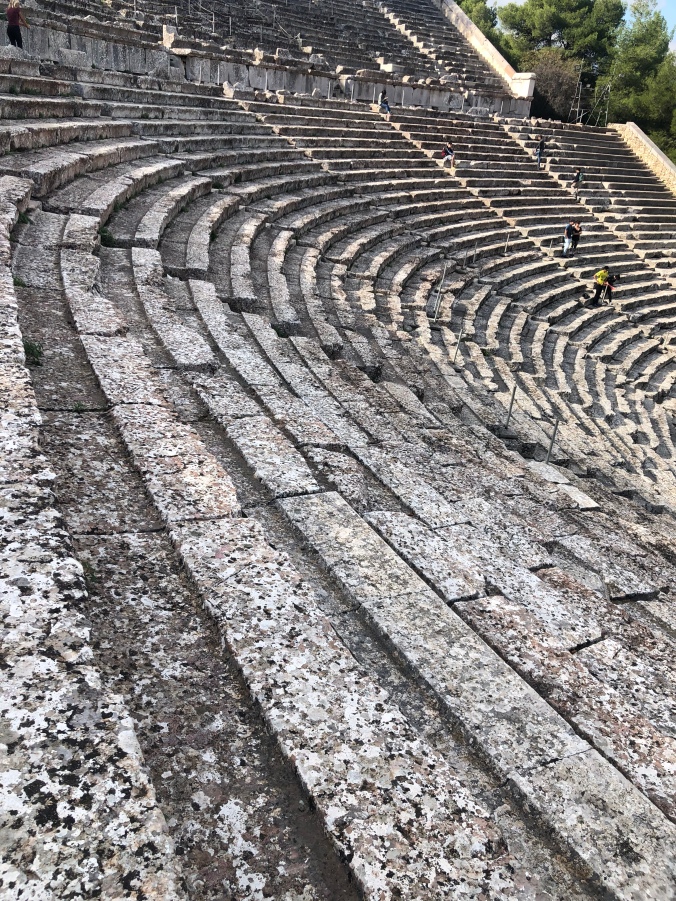 It was completely buried until rediscovered in the 19th century. The acoustics in the 14,000 seat theater are so good that you can hear every word from the last row. We tested it. 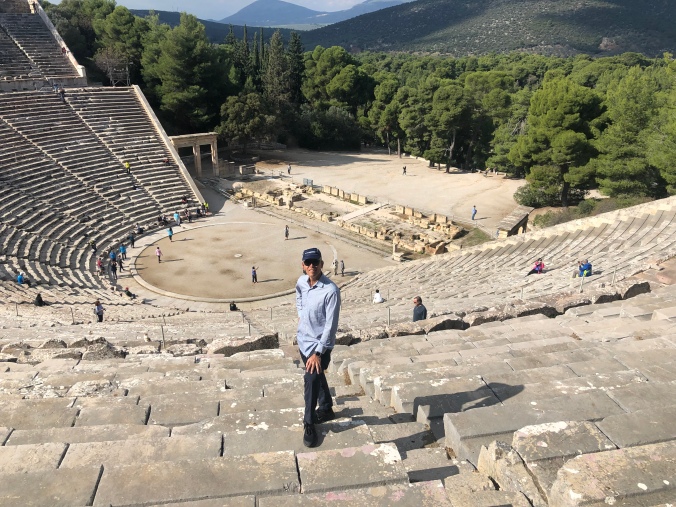 Did we say there are a lot of cats in Greece? 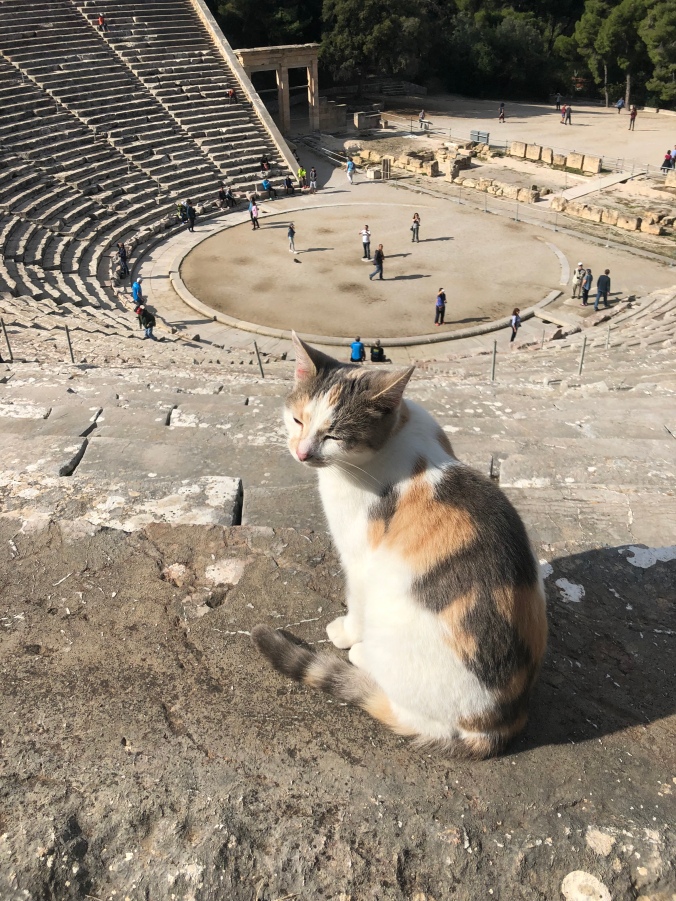 They seem to be everywhere and the ones in Epidaurus were particularly photogenic.

From Epidaurus we drove a short distance to the ancient city of Mycenae.

The kingdom of Mycenae ruled a large part of the Mediterranean world from 1500 BC to 1100 BC. That’s 3000 years ago! And the remnants of the civilization still stand. Most famously, the Lions Gate welcomes you to the city high on the hill and riches of gold and bronze we’re found in the tombs on the site. 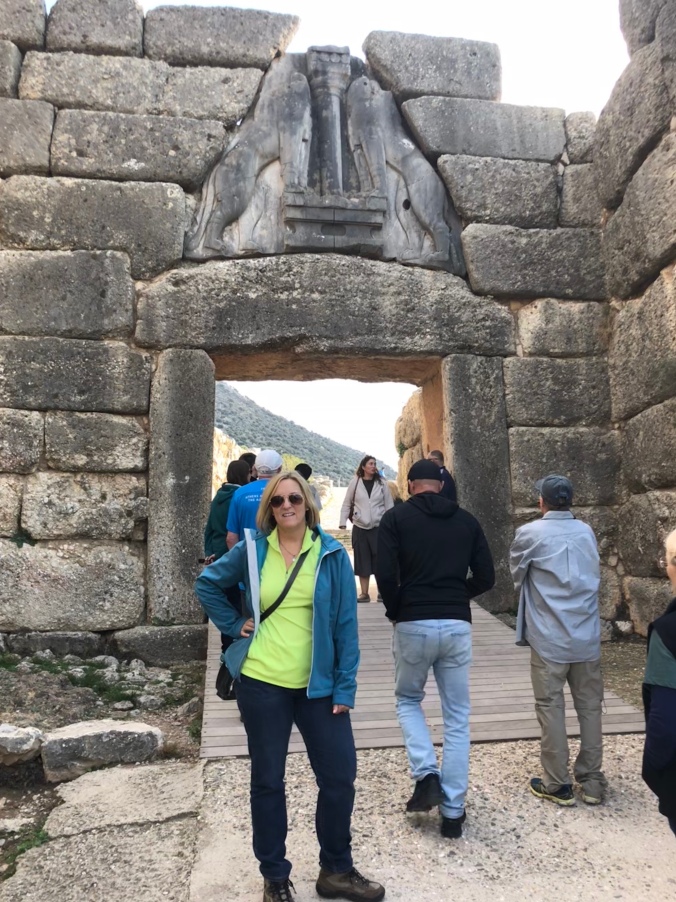 We found it mind boggling to imagine what life must have been like when Mycenae was “alive.” 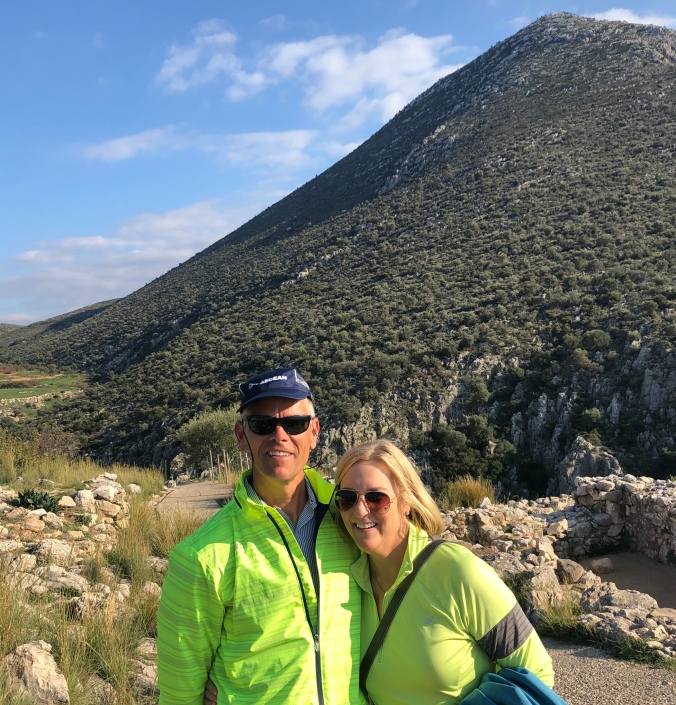 We overnighted in Olympia and started day two with a visit to Ancient Olympia, the birthplace of the Olympic Games in the 8th century BC. The modern Olympics, which began in 1896, were never held here. Instead, this is where the Olympics were conceived and developed in ancient times. Originally started as a religious site to honor Zeus, over time Olympia developed into a training site and then competition venue for the days best athletes. 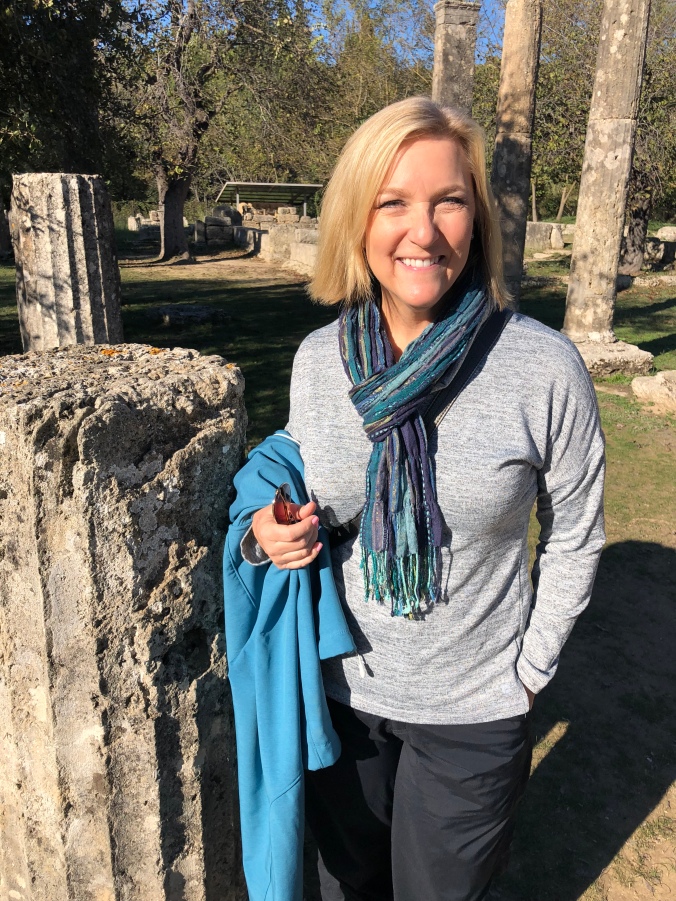 Running, wrestling, boxing, and various track and field events were held every four years (an Olympiad) to determine the strongest and fittest across the region. 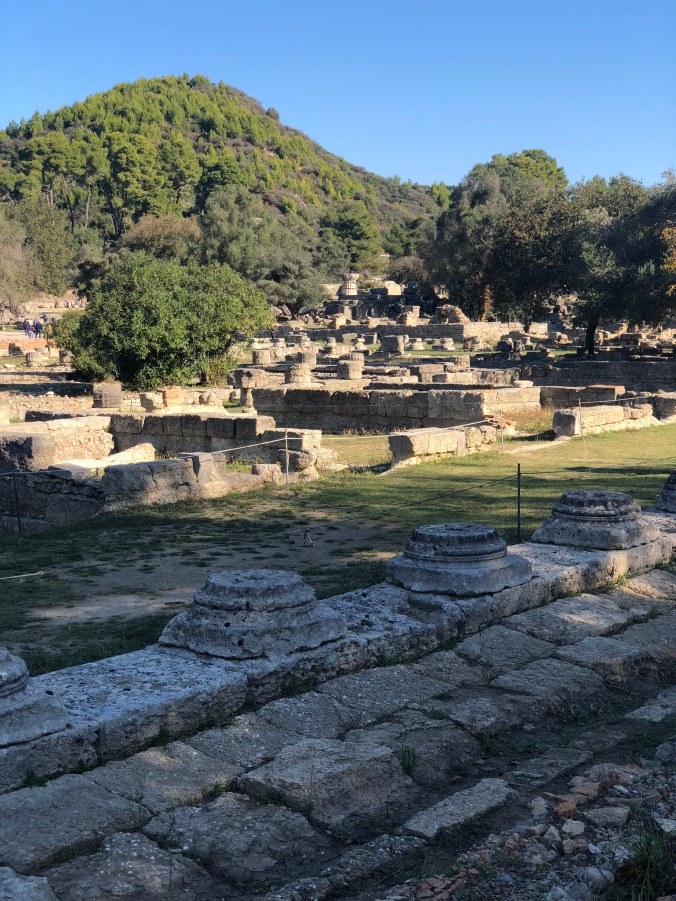 The site is enormous and contained a gymnasium, hotel, various temples, and of course the stadium. We had an opportunity to compete in a sprint the length of “one stadium,” with the prize being the laurel wreath. 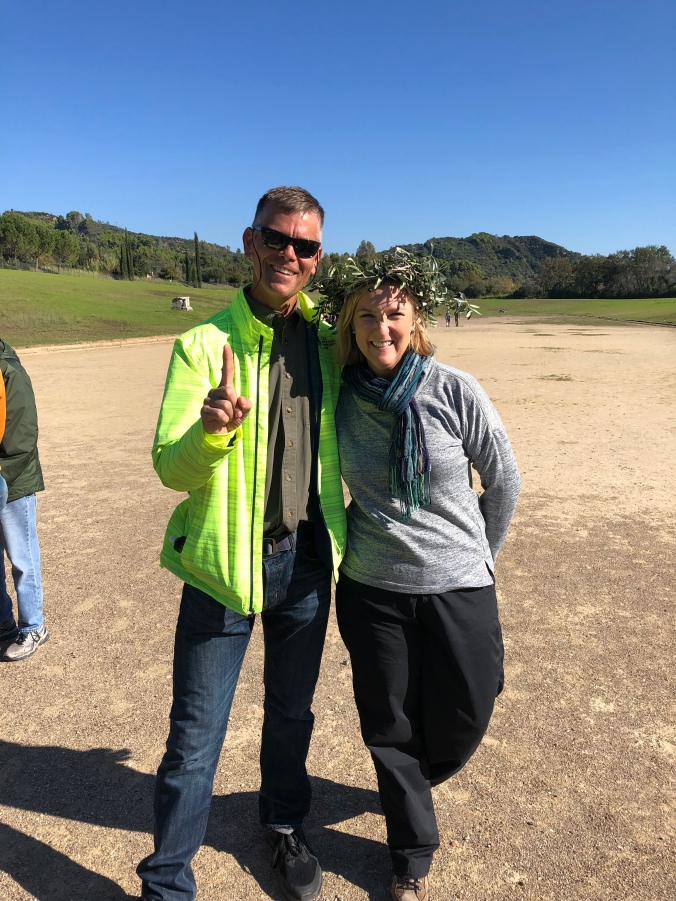 We didn’t really win the race, but we didn’t pass up the photo op with the wreath.

In addition to the archeological site, we visited the adjacent museum which contained spectacular sculptures and artifacts that were found on the site. 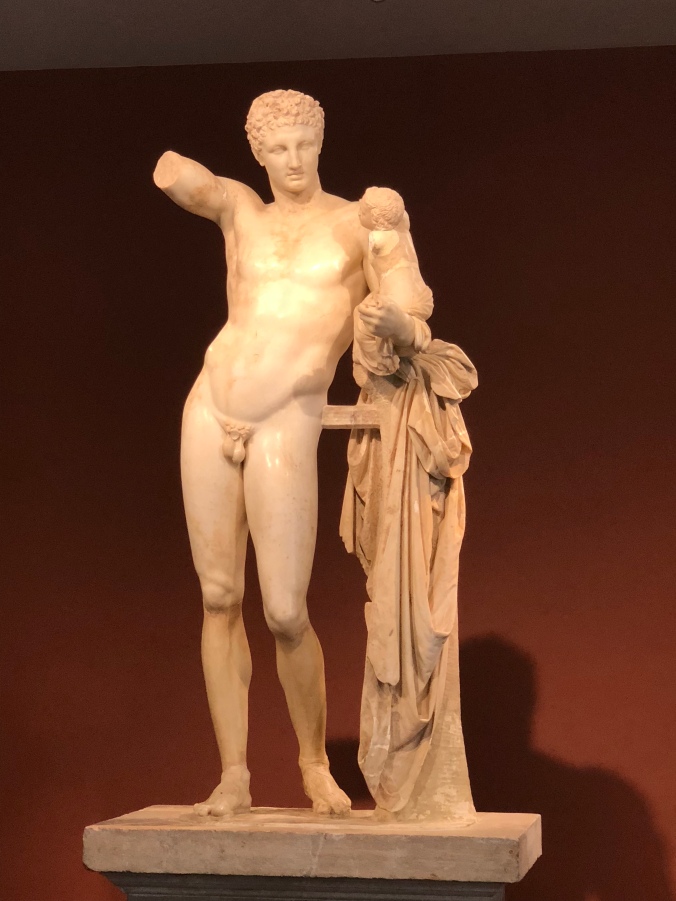 -The original Olympic athletes were only men.

-Women were not allowed to even watch the competitions.

-The athletes competed in the nude, in order to show off their bodies.

-Nike shoes did not exist at the time (the athletes were barefoot), but Nike, the goddess of victory played a role in Olympia.

-Cheaters were put on display at the entry to the stadium. Yes, there were cheaters even in ancient times.

We’re now headed to Delphi and Meteora, so we’ll have another update in a few days! 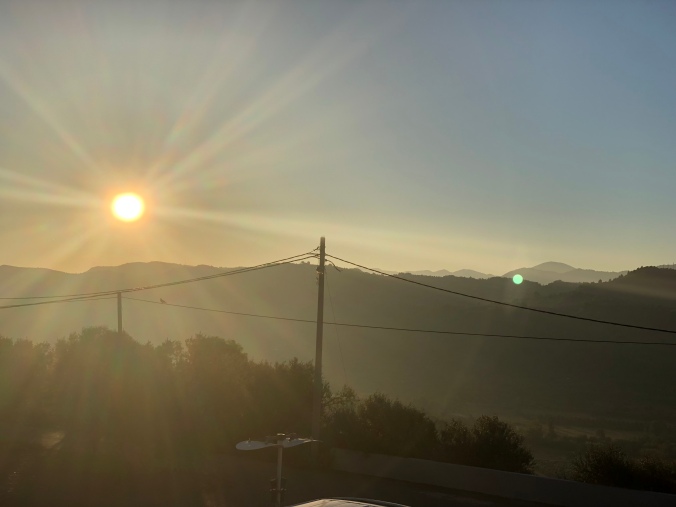 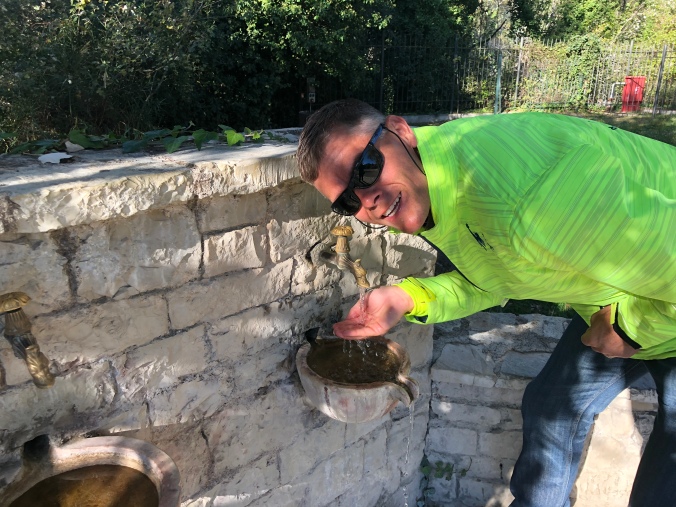 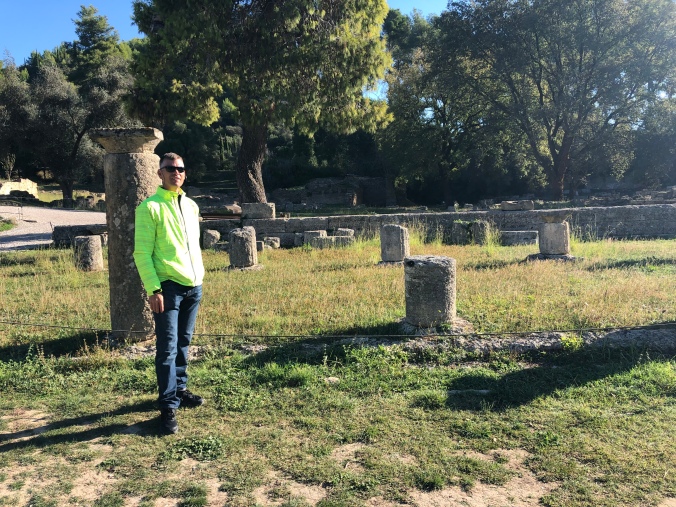 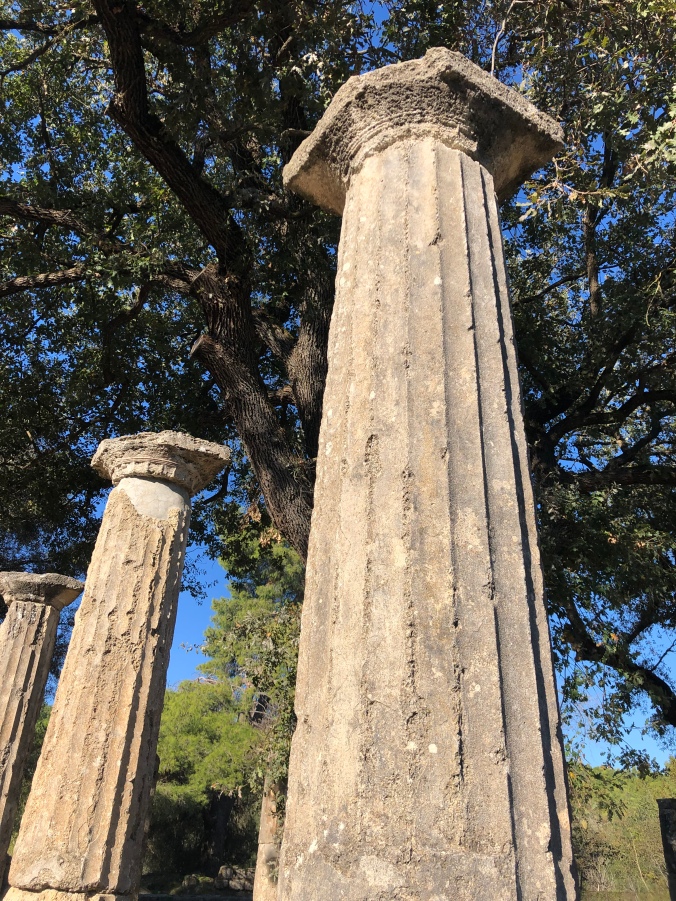 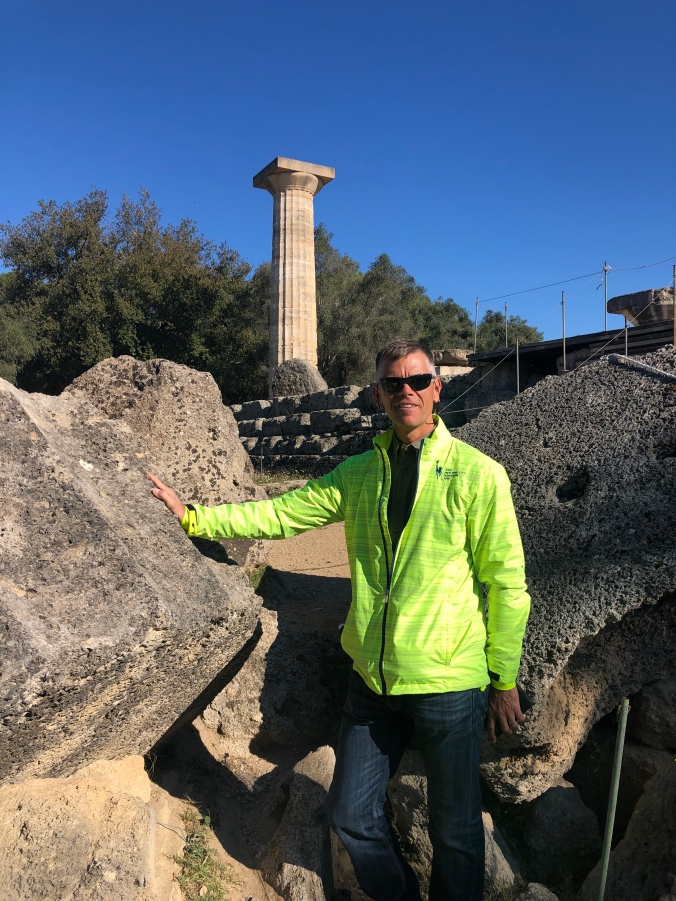 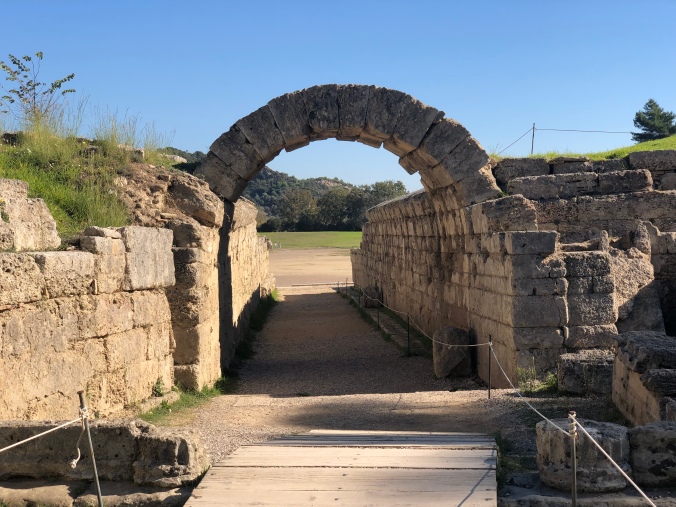 Entry to the Olympic stadium 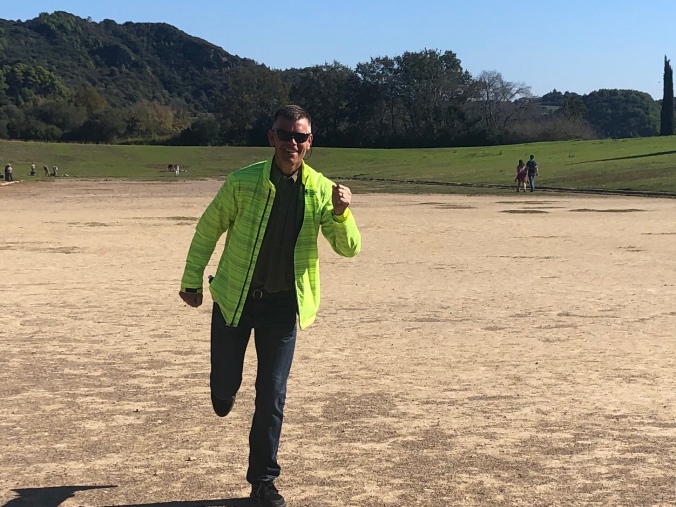