Steve completed his 11th marathon on the year today under stormy Cuban skies. The Marabana Marathon was a fun one in many ways. 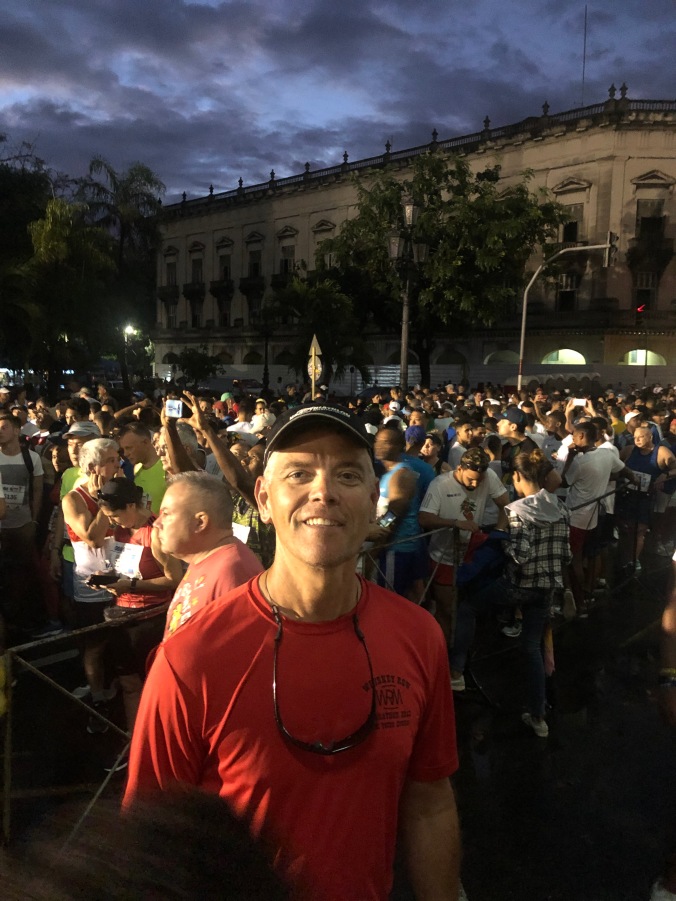 We were bracing ourselves for a hot and humid morning of running. 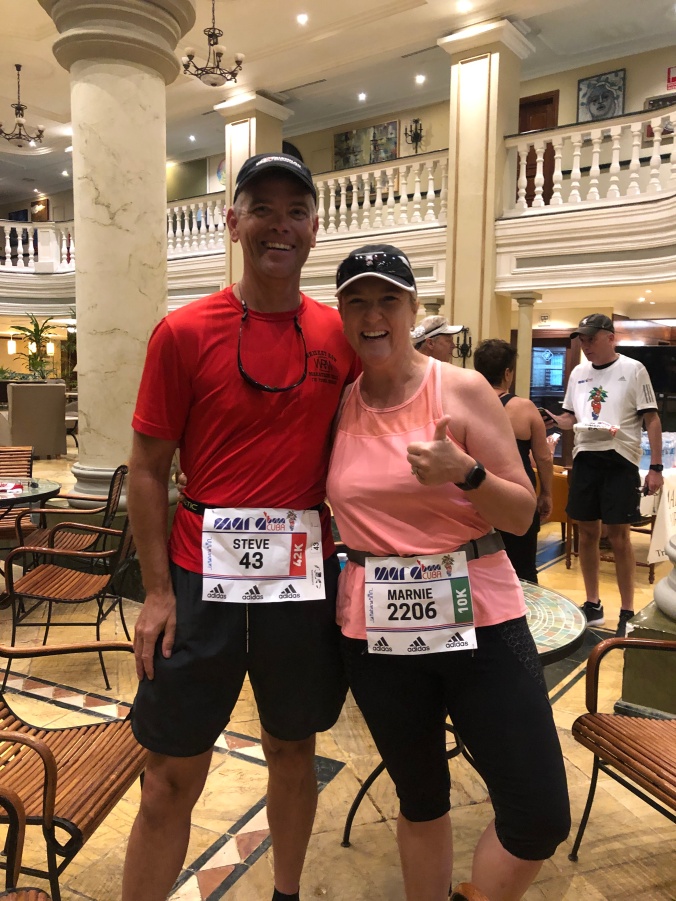 However we awoke to pouring rain. It cleared up for the start which included runners from the 10K, half marathon, and marathon all starting at the same time. No corrals, no staggered starts, it was just a free for all. 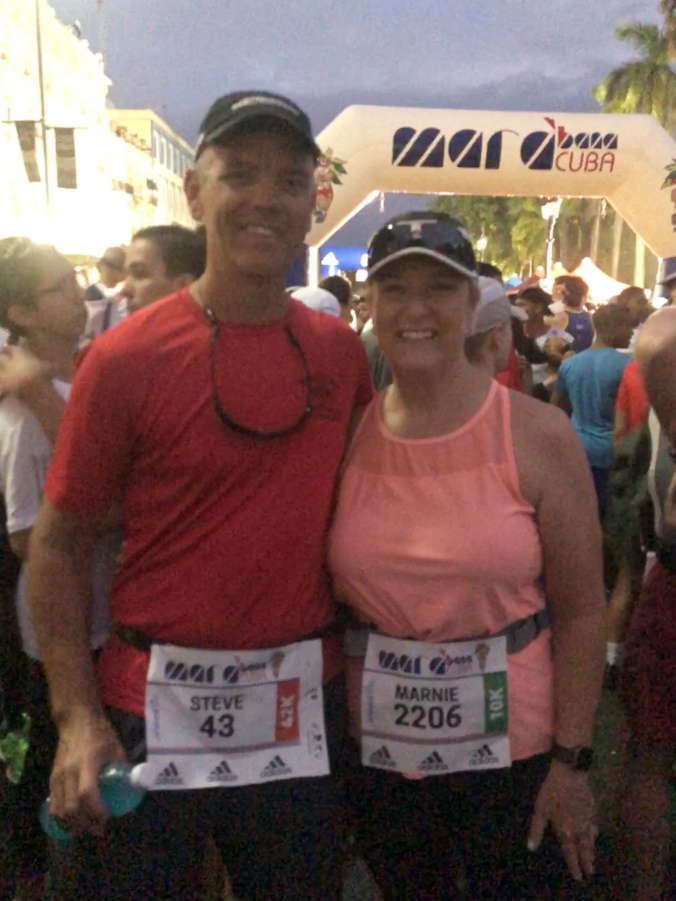 In the crowd were runners from around the world along with thousands of Cubans. We met people from Mexico, Iceland, France, Colombia, and from all over the USA. 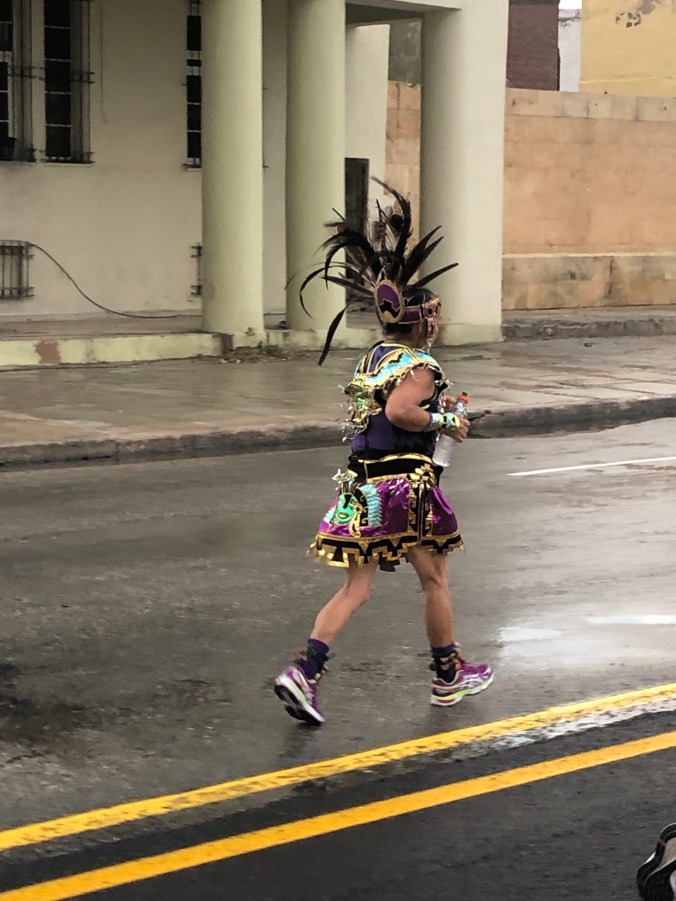 You could usually tell the Cubans from the other runners, however,  as they were wearing flat, Converse-like shoes or something else that looked uncomfortable for running. Shoes, especially running shoes, are hard to come by here. That explains why we were asked for our shoes numerous times during and after the race. We took a few photos of the recipients of our discarded gear. 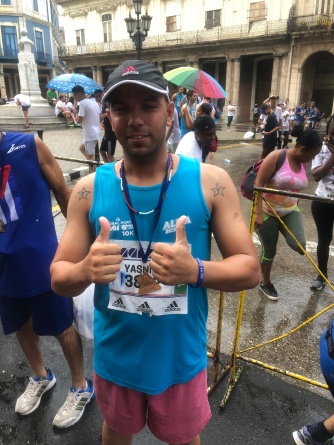 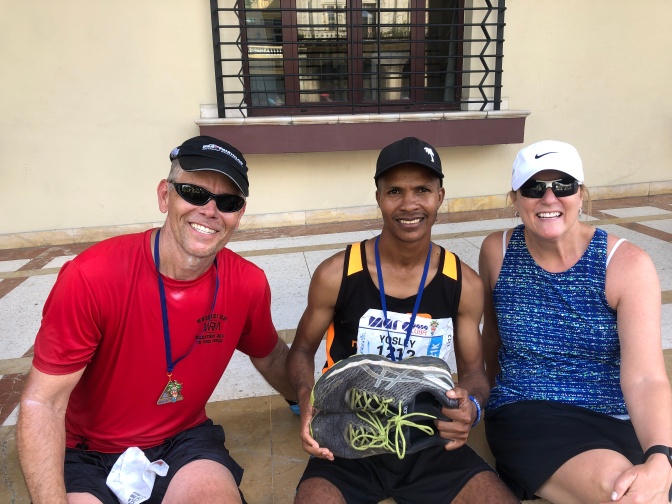 About 30 minutes into the race it started raining. The beautiful rainbow turned into a torrential downpour that left us soaked from head to toe. 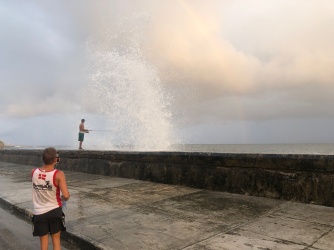 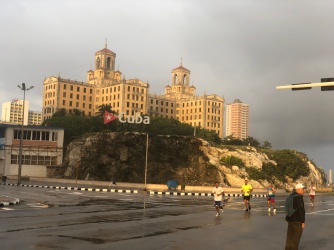 While that may sound awful it was actually a blessing as it kept us cooler. Once the sun came out later in the morning it was pretty steamy. 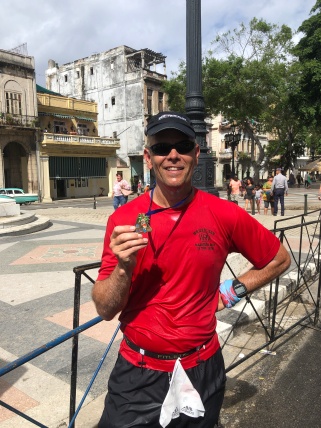 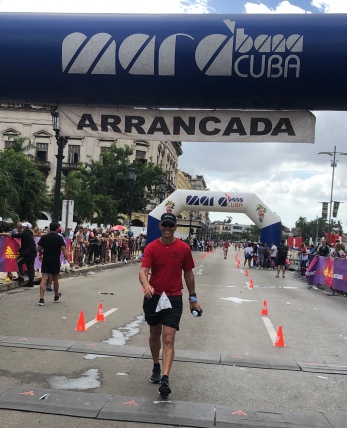 We both agreed that running in Cuba was a fun, incredible experience. Between the view from the malecon to the warmth of the people, the entire event was great. Sometimes chaotic and confusing (signage was non-existent) the race was a microcosm of this country. 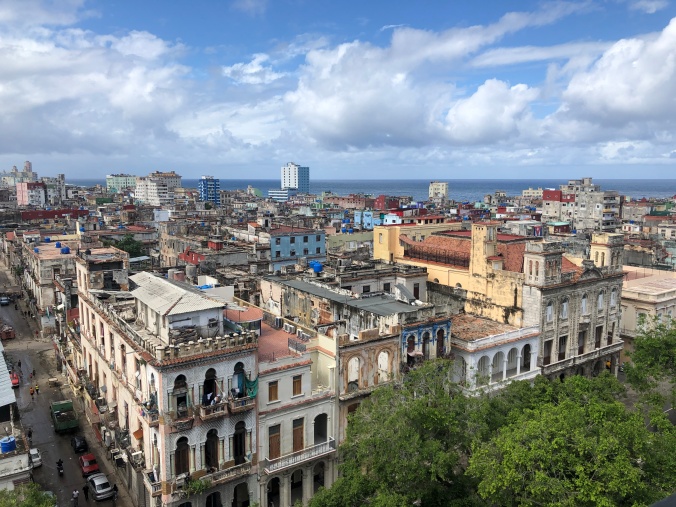 We’re off to the beach!!