Another bucket list destination, Cuba is already fascinating us. We arrived after a red-eye through Miami, and it’s always a little disorienting to walk around a new city, a new culture, after a long flight. Of course, we dove right in. 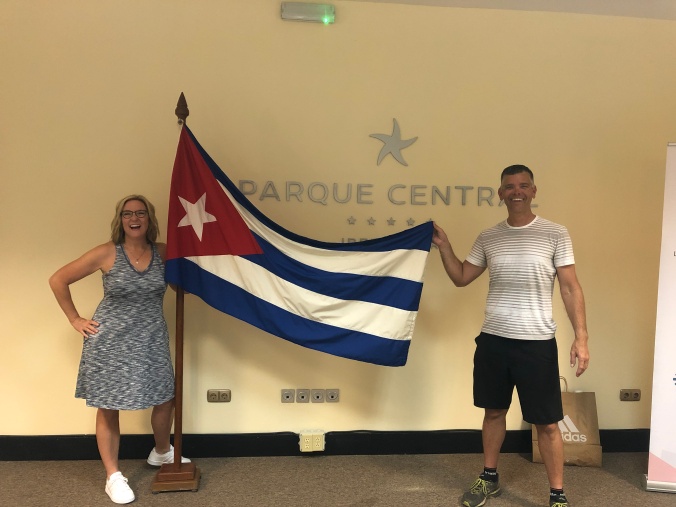 We’re once again traveling with Marathon Tours, with the big event, the Marabana Marathon taking place on Sunday. Until then, we are tourists.

With our group, we experienced one of Havana’s best restaurants, La Guarida.

With sweeping views of Havana we met our fellow runners over mojitos and lobster. During our first full day of touring we visited a a cigar factory and watched masters roll the finest cigars in the world. And yes, we bought a few as souvenirs. No photos we’re allowed in the factory which was a bummer because it was cool.

We also visited a day care for Havana’s poorest children and left supplies to help the cause.

The 2-4 year olds were well taken care of thanks to Sister Theresa and her staff.

A trip to Havana is not complete without a visit to Finca Vígia, Ernest Hemingway’s Cuban home. We saw his many books, safari prizes, and bottles of rum.

He was beloved by the Cuban people and his home, now museum, memorializes that relationship.

Havana has an image in America’s eyes. Classic cars, crumbling old buildings, and rum.  Music is in the air at all times and people spontaneously dance in the streets. So far, Havana has not disappointed us. 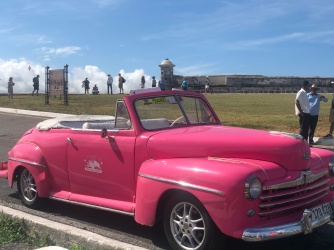 During our second day we visited the tourist market where we received an impromptu salsa lesson, (video to come on Facebook) followed by a visit to a boxing academy.

Boxing is hugely popular in Cuba and this place trains future champions. After a little more touring of Old Havana and the forts that protect it, we took the afternoon off to rest up for tomorrow’s race.

It’s very warm and muggy so it’s important to conserve energy when you can. This big event, the Marabana Marathon is tomorrow. 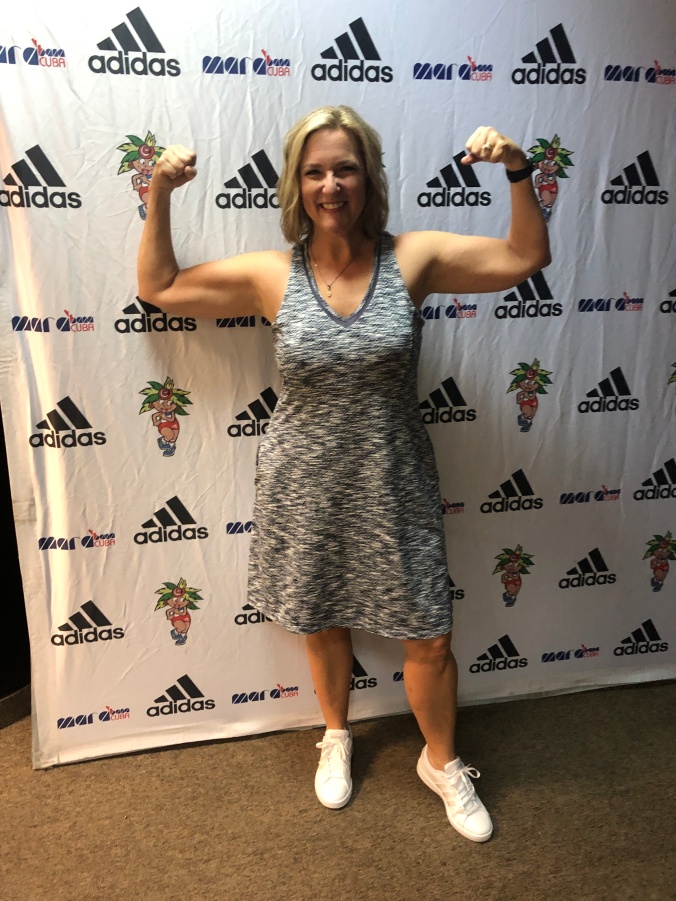