After three relaxing days at sea, we arrived into the port of Huatulco, Mexico. We’d been here one other time on another cruise through the Panama Canal and knew we’d enjoy the day.

A side note: our preference is always to find excursions on our own, rather than booking through the ship. We’ve found that the ship’s excursions are often overpriced and don’t offer the kind of flexibility we like. We’d much rather be in a car instead of a tour bus, with the option to stop when we want if something cool catches our eye. As such, we researched and booked quite a few active adventures prior to setting sail, and our first one was today in Huatulco.

Upon leaving the ship we met Cristian from Oaxaca Expediciones, who led us on our canyoning adventure. Cristian had great reviews on Trip Advisor, so we were comfortable jumping into his car and heading into the outskirts of Huatulco and down a dirt back road.

After about a 40 minute drive we came to a stop overlooking the Zimatan river. After being outfitted with helmets and life jackets, the three of us began our hike up the river. Crossing the river and the scrambling over large boulders, we travelled about a mile and half up the river canyon. It was pretty warm–about 90 degrees. That made getting into the fast moving river all the more refreshing.

Once we reached Cristian’s designated spot, we slid into the water to cool off and enjoy the natural hydro massage pools. The massage was provided by the fast moving water, which eventually took us downstream. At some points the water was too shallow to float, so we’d get up and walk.

Eventually we reached a place where the canyon narrowed and the granite walls towered around us. The only way through was by rappelling down the rock face into the water below. Cristian is an accomplished river guide, and he expertly set us up to safely lower ourselves down the 30 foot rock wall on a rope.

After the fun rappel, we finished floating back to where we began.

We are probably some of the youngest of the 2000+ passengers on the Island Princess and those who asked about our day seemed amazed when we described our excursion. Since it wasn’t like the ship-sponsored excursions, most seemed to think we were a little crazy. But for us, today was the perfect way to experience Huatulco.

The following day we docked in Puerto Chiapas, our first visit to Mexico’s most southern state. Instead of an excursion here, we opted for a shuttle to the closest city of Tapachula.

Once on every trip Steve likes to get a local haircut and Tapachula seemed like a good place for that. Miguel the barber gave Steve a great cut for less than $3.00.

After taking care of business, we wandered the local market, making friends with some of the most friendly people we’ve met in a long time.

While selling everything from chicken and meat to vegetables and housewares, everyone had a warm smile for us.

Next we move south to Guatemala’s Puerto Quetzal where another adventure awaits. 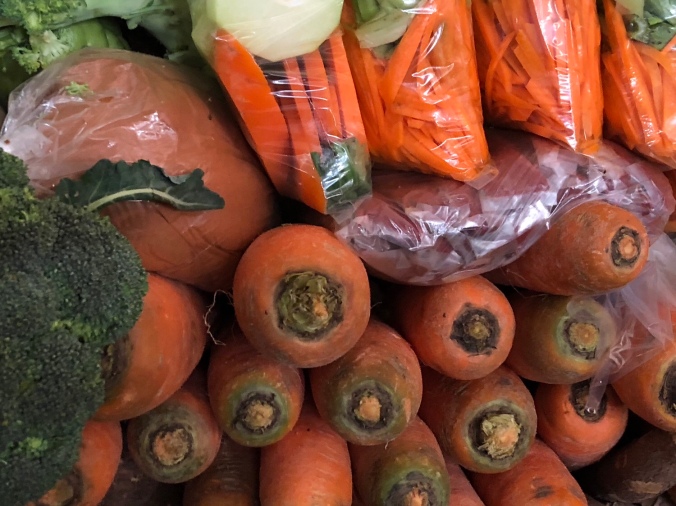